Publishing a book is a little like following that famed “Yellow Brick Road.” Look out for witches and flying monkeys. Both seem to abound in this business. But just like Dorothy, determined writers push on. Diane Bonavist is one.

Diane’s new novel Purged By Fire came into print after years of near misses and disappointing rejection–making Diane a true survivor in very good company. Please welcome her to Write Despite. 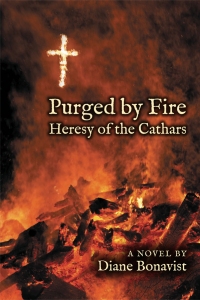 I wanted to write a novel, but after three years of trying on my own, I felt it was time to find other writers who also wanted to figure out how it is done. At an adult ed course I met my future writing group. We were honest but kind and most important we produced our first novels.

In 1994, the group and I decided my Medieval fiction was ready for submission. I was thrilled when I quickly found an enthusiastic agent who boosted my confidence; unfortunately she couldn’t conjure a publisher for my book.

Six years later my novel found another remarkable New York agent who also loved it. With changes that he suggested, the next version hit the publishing world and sadly was again declined. Some years later, more of the same—rewrite, new agent, title, rejection.

During this time, I wrote many technical manuals, two more novels, short stories, and became editor of Tiferet Journal. I continued to write, yet the unease of unfinished business never left me. And though I was happy to spend time in the new pieces I wrote, they didn’t mean to me what my 13th century novel did; it was the book of my heart.

To evoke the stamina and resilience it takes to write, I’ve got to love my characters to death and delirium. The thought of my Medieval people never telling their story, never going out into the world, made me bereft.

A few years ago I decided to do one more revision and instead of an agent, I queried small presses where they usually deal directly with the author. I looked for publishers who knew my subject and found Bagwyn Books, the fiction division of The Arizona Center for Renaissance and Medieval Studies. And there I finally found a publisher who ‘got’ my story and was pleased to publish it.

Yes, it’s a cliché to say ‘never give up,’ but I’m so glad I didn’t. My path to publication is testament to listening instead to the voice inside that says, ‘Now is not the time to give up. Now is the time to write.’ 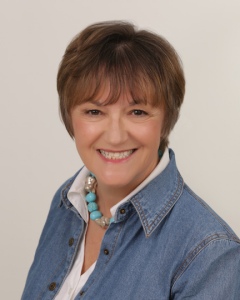