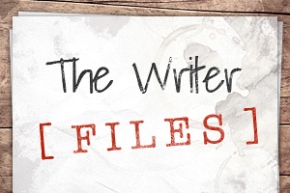 So I have to tell you I nearly gave up this whole book this weekend.

I was hating it. Hating all my stupid characters with their whiny voices and nondescript little screwed up lives. And hating that I’ve committed a whole year to writing about them and thinking it’s just not going to happen.

So not a good way to start.

I grumbled about all this to Spock on date night on Friday. And I told him to come up with an idea for a superfantastic, kickass book. And pronto.

He said he’d get back to me.

And here’s the thing. He did. And it is a superfantastic, kickass book idea. No kidding. He’s an engineer and not supposed to be able to come up with grand fiction ideas. I don’t know that he’s even read any fiction other than The Godfather, which he likes to quote at random. (“Don’t ever take sides with anyone against the family again!”)

But with Spock’s blessed backup idea waiting in the file folders of my little pea brain, I was able to actually relax a bit and take a second look at this hot mess of a novel I’ve started.

I decided I like the first section. So I went back to it. I started expanding it, exploring where it can go, and taking my time with this one character instead of the other four I’d planned on. I may just give the whole book to this one stinking character and give up the shifting POV plan. I may just set the whole thing on the moon. I mean, that’s why they call it a first draft, right?

And with that little hurdle jumped, I’m back in the game, folks. At least for now. Take that, Writer’s Block.

I also have to tell you about a great little tool called Dropbox. Do you ever find yourself at a different computer with time on your hands, wishing you had your writing-in-progress with you so you could work on your stuff? Well, just save it onto Dropbox. It’s a free service that lets you store and even share your documents in that lovely “magic cloud” thing. You can even put photos on there. Check it out at:  www.dropbox.com.

And with that, I’ll sign off and hope for the best for tonight’s 20-minute session. (Otherwise, Spock’s file folder awaits.) Hope you’re all ENJOYING your projects, and that the work is going great for you!

5 thoughts on “File it Away”